The Champagne Trilogy by Tessa Barclay

Three books, The Wine Widow , The Champagne Girls , and The Last Heiress tell the tale of how women have always been the mainstay of a Champagne dynasty. They leave an impression not of grandeur but of fragility: the vines are fragile, and lives even more so. Standing up for one's beliefs can have unspeakable costs and there is only so much money can do to protect one from war, from disease, from all of life's vagaries.
Read more

The Regeneration Trilogy by Pat Barker

Ghosts everywhere. Even the living were only ghosts in the making … You learned to ration your commitment to them. In Regeneration , Book 1 , after objecting to the failure to negotiate peace with Germany, the poet Siegfried Sassoon finds himself in a mental health institution (instead of prison, thanks to his friend Robert Graves), where he encounters Dr Rivers who treats patients affected by shell shock.  Being a Victorian taught that men must be strong, Rivers' gentle methods based on talk therapy, the interpretation of dreams, & having men accept fragility requires him to 'excavate the ground he stands on' & are in stark contrast to other methods such as electric shock therapy. It is at the hospital that Sassoon meets Wilfred Owen whose work he was to influence. Owen, of course, was soon killed in action at the age of 25. The novel also introduces a fictional character: Billy Prior, an officer with working class origins who arrives at the hospital mute. The Eye
Read more

The Mermaid and the Drunks by Ben Richards

'In the hour of shipwreck and darkness, somebody will save you...' The title drawn from a Neruda poem, this meditation on the freedom exile can bring but which wealth may not, on the consequences of the choices we make and those which are made for us, on the violence that lives just beneath the respectable everyday, explores life in Chile through a disparate cast of characters: the daughter of an exile who has returned — the mermaid, a Scottish academic writing about Chile's violent past and present, an activist who takes avoidable risks, and an aging aristocrat who has claimed as his son the child of a woman he cared for after she was raped and tortured, amongst others.
Read more

The Lost Apothecary by Sarah Penner

“I know what it is to watch my child fall from my body at the hands of a man. And while my story is terrible, every woman has faced a man’s wickedness to some degree. Even you.” A woman with an interest in history, whose husband has been unfaithful to her, goes mudlarking in London, and finds an apothecary's vial. This sets her off on a quest to discover the origins of the vial. Although time has shrouded some of the details, she learns that it came from the well-hidden shop of a woman apothecary who was spurred to provide other women concoctions that would help rid them of the abusive men in their lives, after she herself had been mistreated, at a time when women had few escape routes available to them. However, both the mudlarker and the apothecary decide to change course: the former decides to prioritize herself after her husband drinks eucalyptus oil in an attempt to gain her sympathy while the latter gives up dispensing poisons and chooses to honour the legacy of her mother fr
Read more

World Without End by Ken Follett

As the deaths went on and on, and people buried their relatives, neighbors, friends, customers, and employees, the constant horror seemed to brutalize many of them, until no violence or cruelty seemed shocking. People who thought they were about to die lost all restraint and followed their impulses, regardless of the consequences.  Church politics in a fast-changing society and the human fall out of the Black Death in England. Wave after wave of death... In many ways, entirely different from the current CoVID-19 pandemic. In others, eerily similar.
Read more

The Century Trilogy by Ken Follett

'A person who breaks a promise diminishes herself. It’s like losing a finger. It’s worse than being paralysed, which is merely physical. Someone whose promises are worthless has a disabled soul.'   The trilogy describes the three main wars of the twentieth century. Book 1 , Fall of Giants , is about great powers falling: not just empires but also patriarchy; women began to win the vote in the early 20th century. However, WWI and how the collective guilt that led to it was somehow all funneled on to Germany once the war was done dominates the tale. Who knows? Minus the vicious retribution which the victors exacted, there may never have been created the situation which led to WWII. Book 2 , Winter of the World delves into plans for peace, the failure of the League of Nations, the fiasco that was WWII, the compromises made to ensure the survival of a nascent UN, and the many arguments used to support or fight various ideologies.  The thread of the Russian Revolution runs through
Read more

So that the mines were worked, and their profits made, it did not matter for the rest. They were used to casualties, so well used to them in fact, that unless a fearful loss of life occurred, they were not alarmed or even roused. As to the injuries done to a man's health, and so on—they had not time to inquire into such things. There was danger in all trades, for the matter of that. An engineer at a coal mine falls in love with a pit girl, and ultimately manages to persuade her to marry him. The girl herself is level-headed and does what she believes to be right, standing aloof from most others and having the courage to take unpopular paths. Despite looking at the world through a decidedly moralistic and privileged lens, the author deals with issues of women's rights, class discrimination, socially mobility, and labour rights all within the framework of a romance. Her writing is as engaging as ever although her very liberal use of dialect makes the work somewhat hard to read.
Read more
More posts 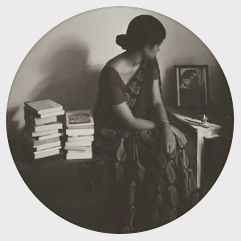